Seminary to come down off hilltop 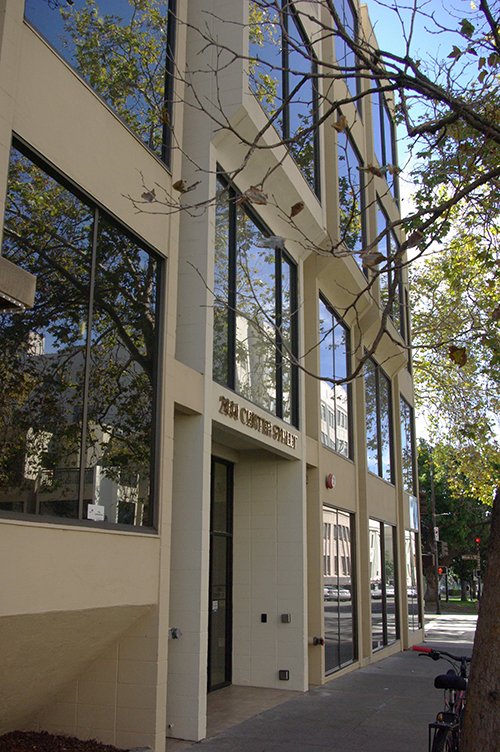 California Lutheran University, which operates PLTS, has leased the second floor of the office building and submitted plans to turn the 12,000-square-foot space into the seminary’s new home.

(BERKELEY, Calif. – Dec. 14, 2016) Pacific Lutheran Theological Seminary is coming down off the hilltop into downtown Berkeley.

California Lutheran University, which operates PLTS, has leased the second floor of the office building at 2000 Center St. and submitted plans to the city to turn the 12,000-square-foot space into the seminary’s new home. Cal Lutheran plans to sell the property at the top of Marin Avenue where the seminary has stood for 64 years.

The move will allow students to work more closely with the surrounding community and improve the seminary’s long-term financial sustainability.

The new location in the heart of Berkeley will provide more opportunities for the seminarians to engage with diverse members of the public, work with social service agencies and learn firsthand about the needs and opportunities in urban locations. The building is across the street from Berkeley City Hall, next to a YMCA and near a high school and two colleges. As they prepare for their roles as healers, the students will be surrounded by people in need of ministry, including the homeless who gather at a nearby park. While they study advocacy, they can look out the window to see protests on the steps of City Hall. The move dovetails with a proposal in the works to revise the seminary’s curriculum to better connect students to the people and issues of the world.

The site is also much closer to the Delaware Apartments, where its residential students live, and the Graduate Theological Union, a consortium of research centers and seminaries including PLTS that offer combined programs.

The urban setting is similar to that of many seminaries in Europe and the United States. It also reflects the current trend of turning office buildings, theaters and other nontraditional locations into sacred spaces.

Located at the end of a steep road, the current seminary campus is isolated from much of the community. The 10-acre property is much larger than needed to serve the 48 degree students, and its aging buildings need millions of dollars in work. Utility and maintenance costs, as well as the seminary’s carbon footprint, will drop significantly with the move. Proceeds from property’s sale will support the seminary.

Crews will remodel the new space to provide 20 offices, three smart classrooms, a student lounge and a sacristy. A large space will be filled with furniture that can be reconfigured for worship services, gatherings or study.

The seminary will continue to operate at the hilltop location through commencement on May 20 before moving downtown.

PLTS is one of eight seminaries of the Evangelical Lutheran Church in America. Established in Portland, Oregon, in 1910, it moved to Seattle in 1914 and to Berkeley in 1952. It became a graduate school of Cal Lutheran in 2014. For more information, go to PLTS.edu.