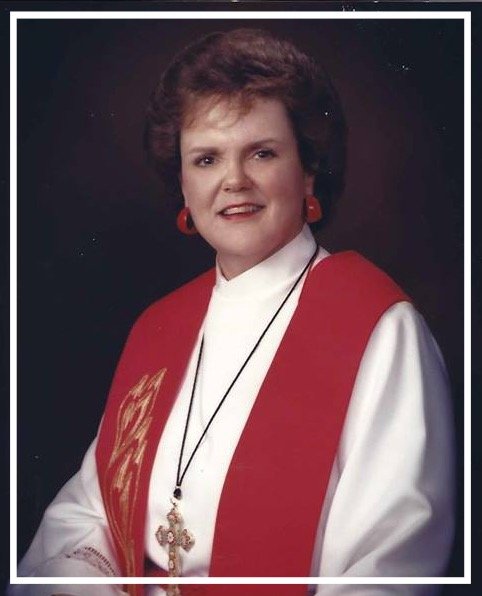 The Rev. Mary Todd-Pendergast passed in glory on January 18, 2018 in Prescott Valley, Arizona at home with her family.

She was born in Chicago Illinois on April 16, 1943, and raised by her mother, Mabel Parlow Todd, in Ashland, Wisconsin. Earning her Associates in Arts and Sciences at El Camino College, and her Bachelor of Arts in Philosophy and Religious Studies at Cal State Dominguez Hills, she worked as an Operating Room Nurse in Milwaukee County and the Torrance Memorial Medical Center before attending Fuller Seminary in Pasadena and receiving her Masters in Divinity from Pacific Lutheran Theological Seminary in Berkeley.

Pastor Mary served as an Interim at St. Luke's, Long Beach in 1992, and was subsequently called as Pastor from 1993 to 2000. She was called to Holy Redeemer, Bellflower from 2009 to 2012, and then served as an Interim Pastor at several Southern California churches. After moving to Arizona, she worked as a Chaplain with the Arizona Department of Public Safety and the Arizona Foster Care system.

She is survived by her husband, Tom; children Sean and Kathleen; grandchildren Chelsea and Anthony; great-grandchildren Isabella and Hagen; and her brothers Charles and John.