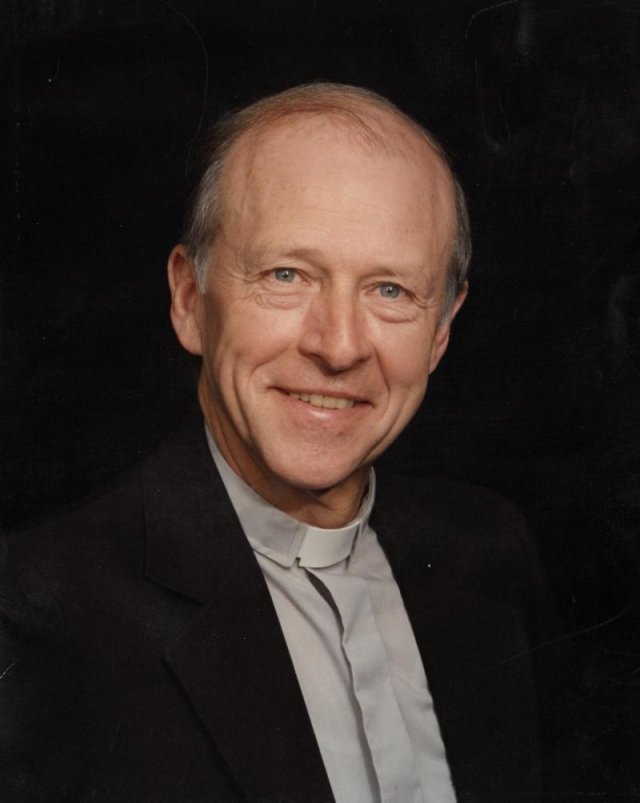 Gene was born in a log cabin outside of Littleport, Iowa, and grew up on the farm of Oliver and Anita Jewell, his parents, near Edgewood, Iowa.  Gene remained a farmer in spirit his entire life.

A job as railroad telegrapher brought Gene to San Bernardino, California, where a Lutheran pastor befriended and brought him into his home.  Gene discovered there a call for the ordained ministry.  His mentor urged him to attend a Lutheran college, so Gene matriculated at Midland College in Fremont, Nebraska, and later Pacific Lutheran Theological Seminary.

Gene was ordained in the Lutheran Church in America in 1962 and accepted a call to Clovis, California.  Subsequent parishes included St. Luke’s Lutheran Church in Woodland Hills and Prince of Peace Lutheran Church in Saratoga, both in California.  After retirement in 1995, Gene held various interim pastoral posts in Lutheran and Episcopal congregations.  During his career, Gene mentored sixteen interns during their final or next to last years of seminary. Gene and Judy moved to Placerville in 1995 where he became a gentleman farmer.

Gene eschewed praise but in fact received awards for his calling the ministry, including the Rotary Paul Harris Fellow (1983) and Pacific Lutheran Theological Seminary’s President’s Award for Distinguished Ministry (1995).  Gene’s down-to-earth sense of humor made people feel at ease in whatever the heightened environment.