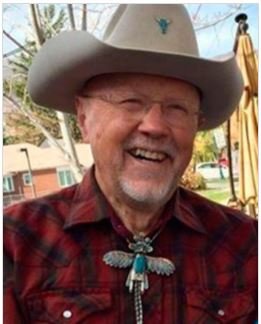 Rev. Jensen, of Phoenix, died after short battle with cancer, on April 22, 2018.  He was preceded in death by his parents Peter and Dagmar Jensen, his brother Roger of Sheridan, Wyo., and his youngest son Mark.  He is survived by his wife Marilyn Jensen, his daughter Lisa Grove, two sons David (Barbara) and Paul (Rori), his step-daughters Beth Harrison and Laura McFarland, six grandchildren, three great-grandchildren, and many other adopted family members who all loved Duane and will miss him greatly.

Duane was raised on a cattle ranch in Sheridan, Wyo., and felt the call to join the Lutheran ordained ministry during his college years.  Graduating from PLTS in 1961, he entered a lifelong service to Jesus and the church.  He served congregations in Encinitas and Salinas, Calif., Flagstaff, Ariz., Boutiful, Utah, Oak Harbor, Wash., and Phoenix.  He was often the head pastor, but always a teacher, spiritual mentor and singer.

Duane’s love for people and desire for them to come to know Jesus was the driving force behind all that he did.